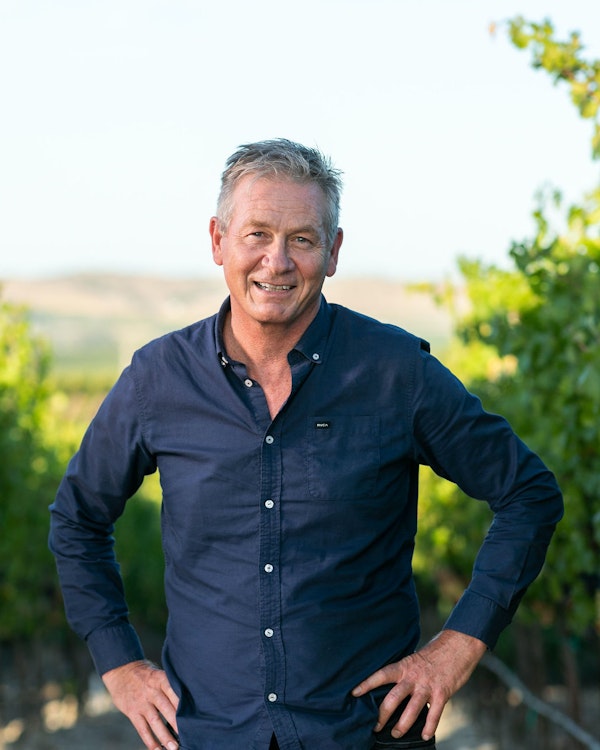 As the vice president of winemaking for J. Lohr Vineyards & Wines, Steve Peck combines a gifted palate, a passion for viticulture, and a comprehensive technical knowledge of winemaking practices.

Born and raised in California, Steve began cultivating his love of viticulture and winemaking as a teenager while traveling to vineyards and working alongside his uncle. A dedicated home winemaker, Steve’s uncle taught him the importance of hands-on attention to detail at every step of the winemaking process. This early exposure to vineyards and winemaking inspired Steve to enroll at the University of California, Davis. While studying fermentation science and chemical engineering, Steve put himself through school as part of the team at Joseph Phelps Vineyards. This three-year experience augmented Steve’s academic studies with a practical understanding of premium Napa Valley winemaking methods.

After earning his degree, Steve pursued opportunities in the biotech industry, working for Merck and Co. and Genencor International. Throughout this period, Steve remained dedicated to the art of winemaking, crafting his own wines nearly every vintage, including several Cabernet Sauvignons made from Paso Robles grapes. Eager to return to a career in winemaking, Steve joined Five Rivers Winery as winemaker in 2001. In addition to his role as winemaker for Five Rivers, Steve was also responsible for producing the red wines for Jekel Vineyards, beginning with the 2004 vintage. In these capacities, Steve had the opportunity to work with an extensive array of vineyards in Monterey County, Paso Robles, and Santa Barbara County, and was responsible for orchestrating harvest for dozens of growers. During this period, Steve consistently earned acclaim for his red wines.

In 2007, Steve was appointed winemaker for the full portfolio of J. Lohr red wines including J. Lohr Estates, J. Lohr Vineyard Series, J. Lohr Gesture and J. Lohr Cuvée Series, as well as red wines for Cypress Vineyards and Crosspoint. Steve assumed the role of director of winemaking in 2018, and is now responsible for the full portfolio of J. Lohr white and red wines, working with winemakers Kristen Barnhisel and Brenden Wood. Steve strives to maintain the flavorful character of each wine by focusing on the natural characteristics embodied in J. Lohr’s estate vineyards. “Steve is inquisitive and intuitive,” says J. Lohr President/COO Jeff Meier, ”which are fundamental qualities in a superior winemaker. On top of that, he’s a genuinely personable leader with a great technical mind and a real passion for winemaking.” Steve’s reputation as one of the Central Coast’s most respected vintners was recognized with his being named ‘Winemaker of the Year’ by the San Luis Obispo County wine industry for 2016. Steve is also featured in the 2017 book The Winemakers of Paso Robles, which showcases cutting-edge artists who are making a difference in the ever-evolving Paso Robles wine community.