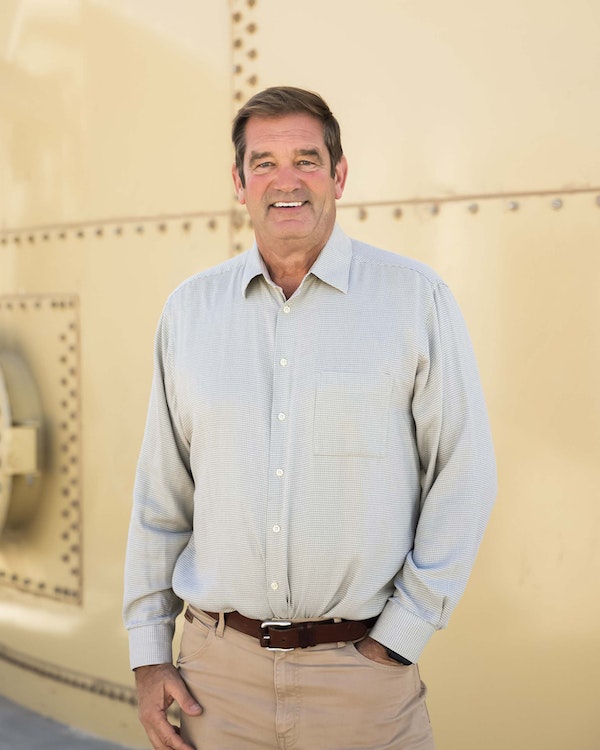 Born to a farming family in Northern England, Ian Herdman earned a BS degree in Agricultural Science from Durham University. In 1987, Ian started his career in the California wine industry at Mirassou Vineyards; he worked there for over a decade, rising to the position of Cellar Master. After an initial five-year stint with J. Lohr in San Jose, Ian joined Courtside Cellars in 2005. There he split his time between Courtside’s facilities in San Miguel and San Luis Obispo. Ian managed Operations at Courtside with his trademark amicable style; he recruited and mentored a generation of Cal Poly SLO students looking to gain wine industry experience.

J. Lohr Vineyards & Wines was fortunate to be able to hire Ian for the second time in 2017, asking him to fill the position of Plant Manager for the two J. Lohr production facilities in Paso Robles and Greenfield. Knowledgeable in his craft, humble in his manner, and with an unmatched work ethic, Ian is a master at everything in the winery, from crush operations to barrel room management to bottling logistics to the construction trades. J. Lohr VP, Winemaking Steve Peck comments: “Every successful winery has an Operations expert who keeps the place running and serves as a positive light for the entire organization. Ian’s can-do attitude and hard work set the example daily for his coworkers, contractors, and vendors.” In April 2022, Ian Herdman was promoted to vice president, operations for J. Lohr.

Ian is also influential in the Central Coast wine industry as a whole, including playing a key role in establishing the landmark winery certification program for the SiP sustainability program – as a committee member and later board member of the Vineyard Team.

Ian has two grown children. He and his wife Val live an active lifestyle that includes skiing, cycling, and enjoying melodrama theater. Most Wednesday evenings in the summer, they can be found lying on a blanket on the lawn at Templeton’s Concerts in the Park.