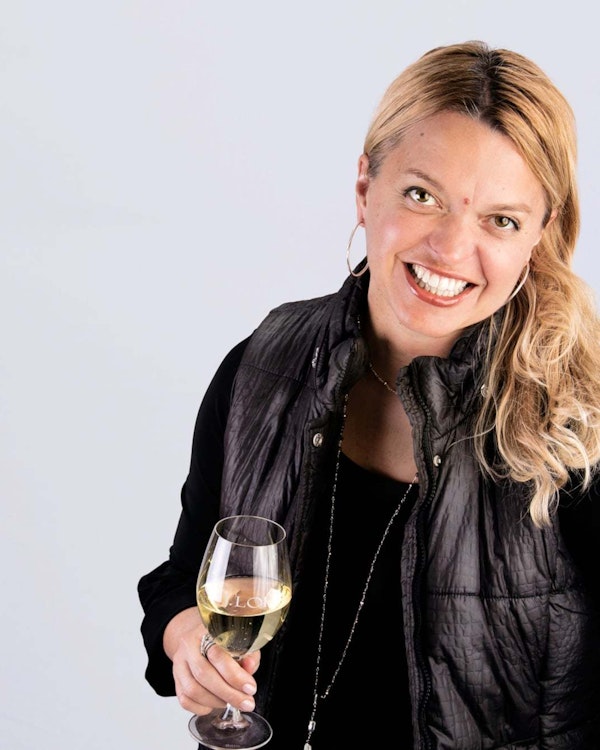 Raised in Erie, Pennsylvania, Rhonda earned bachelor degrees in management and marketing from Gannon University, before receiving a masters in business administration from the University of Dayton. Rhonda began her career as a procurement specialist for the Defense Logistics Agency, before going on to work as a product marketing and market analysis manager for Sterling Commerce. In 1998, she moved to California to become vice president, product marketing for Advanced Data Exchange, and later vice president, corporate marketing for iPIN, where she managed product launch activities in the U.S., France, England and Hong Kong.

During her years in Silicon Valley, Rhonda developed a passion for wine, often spending weekends exploring wineries and tasting rooms. In 2002, this love of wine inspired Rhonda to take a position as the executive director of the Monterey County Vintners and Growers Association (MCVGA), where she spent more than a decade managing all aspects of operations, and increased membership programs by over 85%. In this role, Rhonda also oversaw the association’s regional branding efforts, hosting national media and trade tours, and acting as an advocate and spokesperson for the Monterey grape industry. After launching numerous successful programs, such as the highly acclaimed “Wines of The Blue Grand Canyon™” initiative, Rhonda’s tenure as executive director culminated with Wine Enthusiast naming Monterey County one of the world’s “10 Best Wine Travel Destinations” in 2013.

In January of that same year, Rhonda joined J. Lohr as senior marketing director, where she worked alongside then VP Marketing Cynthia Lohr. “Rhonda’s leadership at the MCVGA played a pivotal role in building the world-class reputation of Monterey County,” says Cynthia. “As our senior marketing director, Rhonda was equally impactful. Her knowledge and experience have been an incredible asset to J. Lohr, and the regions we champion.”

In 2016, Rhonda was named Cynthia’s Lohr’s handpicked successor as VP of Marketing. In this position, she works closely with President/COO Jeff Meier and the entire Lohr family to establish and execute the long-term marketing vision for J. Lohr. A skilled leader and brand strategist, with a long track record of success, Rhonda also advocates on behalf of several industry associations, as a board member for the Arroyo Seco Winegrowers Associations, an Advisory Board Member for Summertime in a Glass, and as a member of the Wine Institute Marketing Committee, and the Paso Robles CAB Collective Marketing Committee.