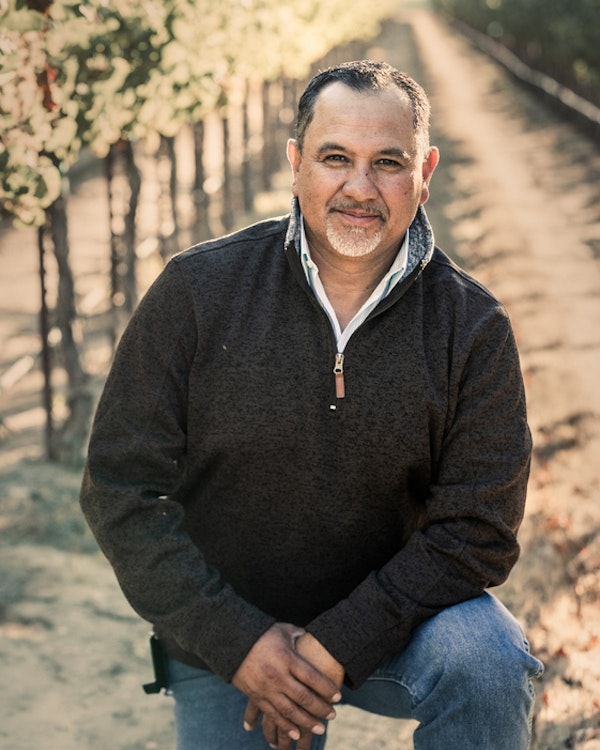 As the vineyard operations manager for J. Lohr’s Greenfield vineyards in the heart of the Arroyo Seco appellation, Jesus Ramirez guides the care and cultivation of just over 900 acres of estate vineyards in Monterey County. A gifted agronomist, with a long career in the agricultural industry, Jesus’s meticulous approach to the cultivation of our cool-climate vineyards has helped to make the J. Lohr estate program a benchmark for excellence on the Central Coast.

Jesus was born and raised on his family’s farm in Mexico, where the Ramirez family cultivated corn and grain crops. Discovering his passion for agriculture at an early age, Jesus earned a degree in crop science from the Universidad Autonoma Chapingo in Mexico in 1989. After settling in Monterey County, Jesus worked extensively in the agricultural industry, working with one of California’s top producers, and later as an employee of the Monterey County Agricultural Commissioner’s Office as an Agricultural Inspector Biologist. In the years that followed, Jesus developed invaluable hands-on technical experience and extensive knowledge of the microclimates, soils and farming conditions throughout Monterey County. Through rigorous study, he also earned five state biologist licenses from the California Department of Food and Agriculture.

In 2016, Jesus joined the J. Lohr Monterey County vineyard team, where he quickly established himself as a natural leader and a skilled manager. Adept at both the meticulous day-to-day details that define great winegrowing and the big-picture planning required to guide 900 acres of certified-sustainable estate vineyards, Jesus quickly established himself as an indispensable part of the team. In 2018, Jesus was named the vineyard operations manager for J. Lohr’s Greenfield vineyards. In this position, Jesus collaborates with longtime J. Lohr Paso Robles Regional Vineyard Manager Steve Carter to emphasize the highest standards of quality, with a focus on farming for flavor through meticulous viticultural practices, including pruning, canopy management, leafing and thinning. Jesus also works closely with J. Lohr Winemaker, White Wines Kristen Barnhisel to create a seamless flow from grape to glass for J. Lohr’s acclaimed portfolio of cool-climate grape varieties. In Greenfield, Jesus also oversees all vineyard-related aspects of J. Lohr’s California Sustainable Winegrowing Alliance certification, spearheading efforts in areas such as beneficial natural habitats, environmentally conscious irrigation and green pest management practices.

Jesus lives with his wife and two of his four children in King City, where he is actively involved in the community. Having played college basketball in Mexico, Jesus has spent 19 seasons coaching basketball, first as the head coach at Greenfield High School and later at King City High.