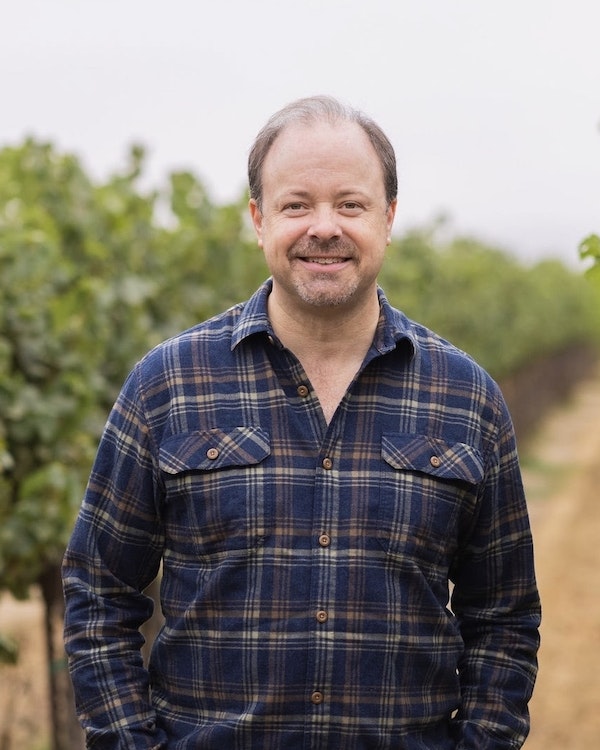 Lawrence grew up in the world of vineyards and winemaking with his two siblings and is the younger son of wine industry pioneer Jerry Lohr. Lawrence was exposed to the wine industry at an early age, from his vivid childhood memories of walking the vine rows with his father to summers spent working as a teenager on the bottling line.

Lawrence rejoined J. Lohr in 2002, beginning with groundwork in production via the winery's San Jose warehouse facility doing barrel work with the winemaking production team. He then moved to sales in 2006 and became one of J. Lohr's Northern California area managers. In this role, Lawrence worked with a team of over 50 distributor salespersons and helped guide the winery's representation in key on- and off-premise accounts. In 2009, Lawrence was named director of wine education—an interactive position that bridged the divide between winemaking and marketing. Lawrence created and presented programs that delved into all aspects of the world of wine, such as single varietal symposiums, descriptor seminars, casual food and wine pairing events, and workshops that explored wines from specific regions around the world.

Since 2014, Lawrence has spent his career on the vineyards side of the vertically integrated company, fostering a passion for the partnership and collaborative spirit that best support all things winegrowing. In August 2020, Lawrence was named chief operating officer, vineyards. In his role, Lawrence works in operations, vineyard management, and vineyard development, with a particular emphasis on optimal farming and redevelopment. He supports strategic initiatives such as innovative and sustainable grape growing practices, financial analysis, risk management, and harvest coordination with winery and vineyard colleagues. Lawrence and his father, Jerry, work together on the day-to-day operational oversight of the company’s 4,000 acres of sustainably farmed estate vineyards in California’s Central Coast and Napa Valley, in J. Lohr’s chosen appellations of Paso Robles, Monterey County, and St. Helena.

Additionally, Lawrence works side by side with his brother Steve and sister Cynthia, supporting the brand’s elevation through the winery’s national sales and marketing programs. He serves as an at-large director for Wine Institute, and he is a long-time board member of the Monterey County Vintners & Growers Association. He also serves on the board of J. Lohr Vineyards & Wines.

Lawrence studied at the University of California, Berkeley where he majored in political economy. In addition to his work in the wine industry, some of his many passions include the visual and performing arts, travel, and nonprofit fundraising. Lawrence is also an accomplished vocalist, and has been singing 50s and 60s acapella do-wop music for over thirty years.

Lawrence and his wife Emily, who is an editor in the biotechnology industry, live in Oakland, just east of San Francisco.