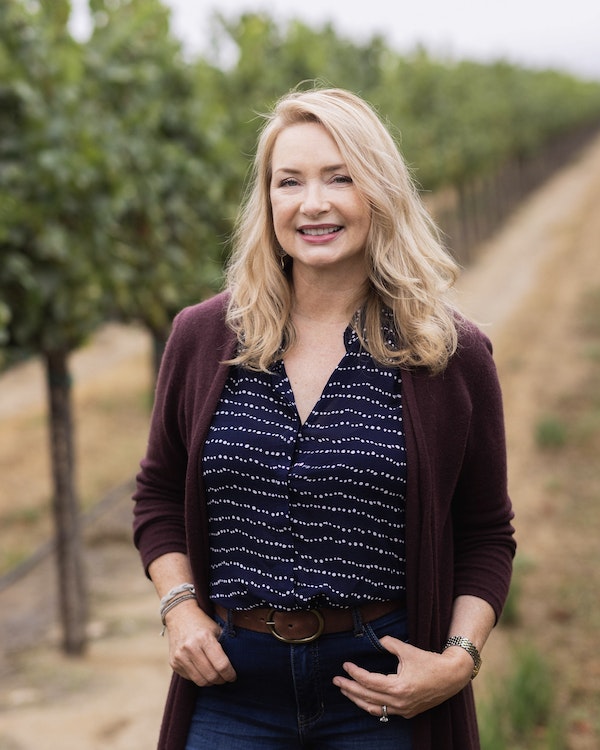 As the daughter of California wine pioneer Jerry Lohr, Cynthia Lohr spent part of her youth in the vineyards and cellars, absorbing aspects of the wine industry firsthand. As an adult, she chose her own path, establishing a reputation for excellence in strategic marketing communications and brand and business development while working with a who’s who of leading Internet and technology companies. In 2002, Cynthia joined the family business as director of communications for J. Lohr Vineyards & Wines; in 2009, she was named marketing vice president.

Equally comfortable as a back-end strategist and front-end spokesperson, Cynthia’s efforts to champion the family business led to J. Lohr being recognized as the 2010 “American Winery of the Year” by Wine Enthusiast Magazine. She is also responsible for the company’s J. Lohr Touching Lives program, a notable partnership with National Breast Cancer Foundation, Incâ to support mammograms for women in need through sales of wines from the J. Lohr Carol’s Vineyard. A deeply personal story to the Lohr family, this perennial national campaign has helped fund more than 8,000 mammograms for women who would otherwise be unable to afford them and raise awareness for this important cause. Cynthia has leveraged her leadership position among industry groups to advance understanding and engagement with J. Lohr among trade and consumer audiences. In 2019, Cynthia was named chief brand officer. In this role, Cynthia continues to collaborate with J. Lohr’s internal teams on initiatives that impact the company’s direct-to-consumer sales and brand alignment and elevation strategies. In addition to her functional roles, Cynthia shares operational oversight of the company along with fellow Lohr family co-owners father Jerry and brothers Steve and Lawrence.

Prior to joining J. Lohr in 2002, Cynthia was a vice president at AlexanderOgilvy Public Relations Worldwide, where her division served an array of clients including Covad Communications, TurboLinux, HomePNA, iPIX, Preview Systems, and Vicinium Systems. Cynthia also was director of communications for Alexa Internet, which was acquired by Amazon in 1999. While at technology public relations firm Niehaus Ryan Group, Cynthia led Yahoo!’s pre-IPO strategic messaging efforts, helping to build the company’s consumer brand from 1995 to 1997. She also directed strategic communications initiatives and executed numerous product launches for VeriSign, InsWeb, and Organic Online. Before joining Niehaus Ryan Group, Cynthia was the director of business development at PRx, a strategic marketing communications firm serving Silicon Valley technology clients.

Cynthia graduated with a Bachelor of Arts degree in French with a minor in Psychology from UC Davis. In addition to her targeted career path, Cynthia is passionate about service, community, family, and philanthropy. In 2016, she was appointed to the UC Davis Dean’s Advisory Council. Cynthia is a founding member and former board vice president of the Paso Robles CAB (Cabernet and Bordeaux) Collective, serves on the Paso Robles Wine Country Alliance Trade Committee, and is an advisory committee member for Central Coast Insights, Dream Big Darling, National Breast Cancer Foundation, Inc®, and Women of the Vine & Spirits. Cynthia also served as board director and on strategic committees for Edgewood Center for Children and Families from 2006 to 2013, cofounded the Edgewood Hope Ball, and established the Carol Waldorf Lohr Outdoor Kitchen within the Edgewood Garden Learning Center. From 2008 to 2014, Cynthia assisted in rebranding efforts as board director for Headlands Center for the Arts. Cynthia also served as board director for coastal learning farm Slide Ranch from 2008 to 2015. Most recently, Cynthia has been appointed board director with REACH Central Coast, dedicated to advancing ideas and action for a thriving Central Coast.

Recognition of Cynthia’s impact include nominations for the 2019 Wine Enthusiast Magazine Wine Star Award for Wine Executive of the Year and the 2021 ‘Top 100 Women of Influence’ by the Silicon Valley Business Journal. Cynthia resides with her family in San Francisco, is the proud mother of two independent, successful adult daughters, and is equally committed to and enthusiastic about music, reading, writing, and the outdoors.