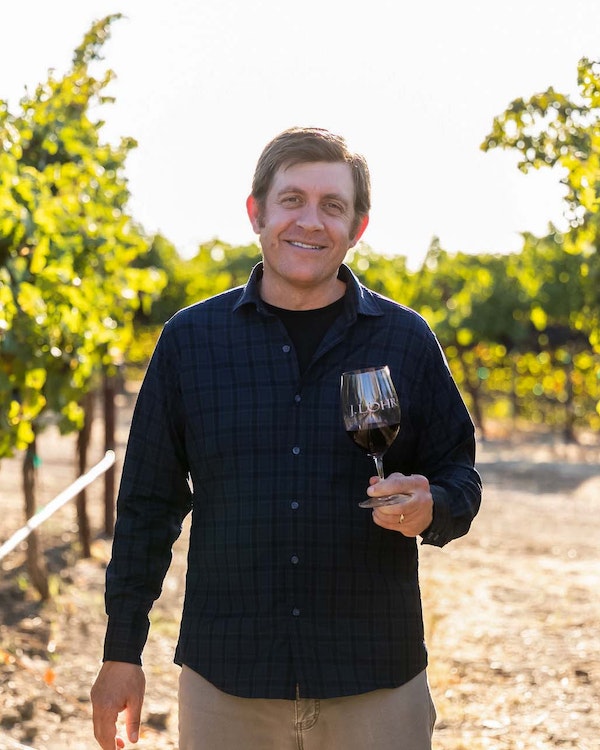 Brenden Wood has been an integral part of the J. Lohr Vineyards & Wines winemaking team since 2004, and was the assistant winemaker working alongside Director of Winemaking Steve Peck from 2010 until 2019 when he then took on the role of Red Winemaker. In this role, Brenden combines his understanding of the technical aspects of great winemaking with an appreciation for the artistry of the blend.

After growing up in the Bay Area, Brenden attended Cal Poly, where he earned a degree in biochemistry in 1999. During university, Brenden also cultivated an interest in wine. Combining his science background and his newfound appreciation for the great things that can be achieved with a little fermentation, Brenden was soon brewing his own beer and making his own small lots of wine.

As his passion for wine grew, Brenden began traveling more, exploring wine regions throughout France and Italy. He also worked harvests at two small Paso Robles wineries, gaining valuable practical winemaking experience. In 2004, Brenden joined J. Lohr as a lab technician, where he ran day-to-day quality control analysis, while also helping to develop several leading-edge tools for color and tannin analysis. In 2007, Brenden was promoted to enologist, working closely with both Steve Peck and President/COO Jeff Meier to further enhance quality in every aspect of the winemaking program.

Though Brenden has a deep foundation in the technical side of winemaking, he also believes in applying those skills creatively in order to make great wine—an approach that was recognized when Brenden was named assistant winemaker in 2010. Based in Paso Robles, Brenden focuses on the winery’s red wine portfolio. In keeping with J. Lohr’s hands-on, small lot approach, Brenden helps to oversee as many as 400 individual fermentations in a given vintage.

Brenden lives with his wife, Carrie, and his son, Emerson, just southwest of Paso Robles in the little town of Templeton. Prior to going on maternity leave, Carrie was the head viticulturist for J. Lohr. Brenden loves the outdoors and is an avid hiker. He has climbed both Mount Whitney and Kilimanjaro.