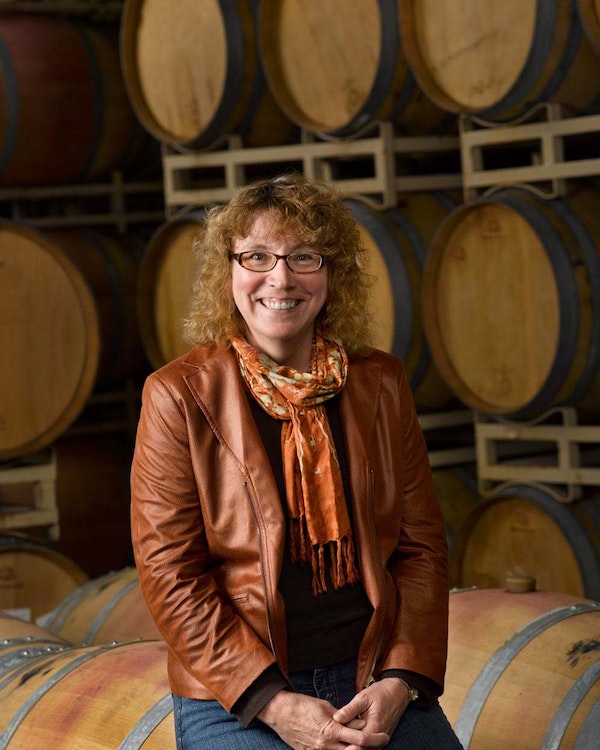 Cindy Paup joined the J. Lohr Vineyards & Wines team in 1988. Throughout her career, Cindy has been an integral part of both J. Lohr’s sales team and its marketing department. Leveraging this unique skill set, she was named vice president of sales services/direct sales in 2009. In this pivotal position, Cindy acts as a bridge between J. Lohr’s world-class sales team and it’s leading-edge, in-house marketing department, working to help guide strategic planning, build brand awareness and implement key trade and consumer initiatives.

After falling in love with the West Coast during a vacation in 1981, Cindy moved to California from Illinois later that year. She spent six years as the purchasing manager for an international auto parts wholesaler before joining J. Lohr Vineyards & Wines as the international sales/marketing coordinator in 1988. In this position, Cindy spent a decade dividing her time between sales and marketing. During this period, she helped to launch J. Lohr internationally, expanding the winery’s presence into more than 15 countries. At the same time, she was also instrumental on the marketing side, contributing to the success of such important initiatives as the launch of the J. Lohr Estates tier.

In 1997, Cindy was named marketing manager. With a focus on direct sales, Cindy helped to shepherd the expansion of the J. Lohr wine club from 500 to almost 3,000 members. She also coordinated the remodeling of the J. Lohr San Jose Wine Center, and helped with the design and opening of the J. Lohr Paso Robles Wine Center. Additionally, she worked with the entire J. Lohr team to establish the J. Lohr brand experience, while overseeing the company’s event and sponsorship programs, and the development of key marketing collaterals.

Whether she’s creating multi-state promotions for key national accounts, enhancing the winery’s direct sales program, or working directly with local community organizations, Cindy passionately believes in the importance of building lasting relationships. As part of this philosophy, Cindy is proud to be a founding member of the J. Lohr Sustainability Committee, with a special focus on community involvement. Building on this focus, Cindy has served as a board member for the REC Foundation (Recreation Enhances Community) in Paso Robles since 2013. Cindy served as the treasurer of the Paso Robles CAB Collective from 2012 to 2015. She was previously on the board of directors for the Monterey County Vintners and Growers Association from 2003 to 2013, and had been the chair of the organization’s marketing committee from 2004 to 2013. Cindy holds a B.A. in liberal studies from San Jose State University.